Hopefully it’s pretty obvious from watching my three music documentaries (Color Me Obsessed, What Did You Expect, and Every Everything) that I’m not a fan of VH1-style where-are-they-now rock docs. In fact it’s pretty rare that I find a rock doc that catches my attention. Too many are made by fans that think their favorite band can do no wrong, too many feel like 90-minute music videos with wall-to-wall music, too many refuse to address elephants in the room like drug addiction or issues with record labels. I don’t watch a rock doc because I love the artist, I watch a rock doc wanting to see a great story, told by a filmmaker who actually knows what a three-act structure is, and who isn’t afraid to piss people off.

That said, here is my ten best rock doc list, in somewhat of an order:

The Devil and Daniel Johnston – Not only the greatest rock doc ever made, one of the greatest films of all time. A breathtaking look into the mind of a genius madman (or a madman genius?), the film presents Johnston with his mental illness very much intact. Heartbreaking one moment, hysterical the next, you feel as if your watching a living breathing train wreck as painted by Van Gogh. You just cannot look away. 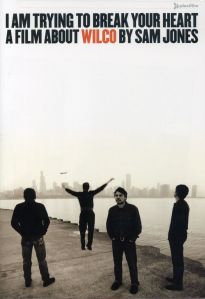 I Am Trying To Break You Heart – The filmmaking Gods were smiling down on filmmaker Sam Jones when he entered the studio with Wilco as they recorded their fourth album. Packed with pissing-match drama, the film captures the firing of the one bandmember who kept leader Jeff Tweedy in check, the dropping of the band from their label, the signing of the band by a new label owned by the same parent company, all while recording a record that topped virtually every top ten list for the year, in glorious black and white. Whew!

Anvil, the Story of Anvil – A real life Spinal Tap, a film that is so often cringe-worthy in the best way, a portrait of two life-long friends, two true believers. It feels real on too many levels because we all have musician friends who refuse to give up on the dream. Here are the poster boys. May they never give up.

Last Days Here – Quite possibly the greatest anti-drug film of all time, the story of Pentagram lead singer Bobby Liebling, a crack-addict living in his parents basement, and the one superfan who believes desperately that he can revive Bobby’s career. You will find yourself screaming at your tv, especially when you get to the film’s final act. A great film.

Shut Up & Sing – The backlash against The Dixie Chicks when they publicly insulted then President George W. Bush. Very much a look at the inherent sexism in the music industry and how it would have been fine for someone like Springsteen or Neil Young to speak the same words. Instead Natalie Maines and company received death threats and boycotts. Ultimately a story of triumph as their next record, “Taking the Long Way,” became the band’s best selling record.

DIG! – Seven years in the life of two bands who start out as friends. One becomes a bland sellout, the other remains difficult and brilliant and always on the brick of self-imploding. A wonderful look at art vs. commerce, selling out vs. sticking to your beliefs, and how there really are a lot of dickheads in rock and roll.

Don’t Look Back/No Direction Home – Two great films on Bob Dylan, which are so very much the complimentary opposite sides of the same coin. The first is probably the granddaddy of all rock docs with its iconic music video of Dylan flipping the clue cards during “Subterranean Homesick Blues.” And in the other Martin Scorsese gives us a three-hour plus look at one of the most important burst of musical genius the world has ever known. It could have been a boring mess, instead it is riveting from start to finish.

The Punk Singer – I truly love this warts and all portrait of Bikini Kill front woman Kathleen Hanna. The footage is amazing, Hanna is smart and captivating. You walk away finally understanding the Riot Grrrl movement, and digging Bikini Kill like you never thought possible.

Theremin, An Electronic Odyssey – It’s as if Ken Burns decided to make a film about the strangest musical instrument of all time, starring a Russian inventor named Leonard Theremin, who in many ways was one of the first true rock stars. A completely entertaining bit of music history that you might not need to know, but you will be glad you do.